Broadcasting from 26th-30th August 2021 in partnership with the Great Dorset Steam Fair and the National Traction Engine Trust!

OUR HOURLY FEATURE ARTIST FOR 2021! 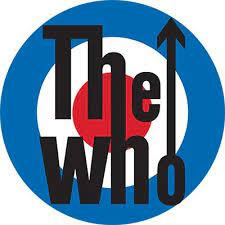 Steam Fair FM continues to recognise the Best of British Rock with our special feature this year – showcasing The Who with a track played every hour.

The story of The Who goes back 60 years….In 1961, Roger Daltrey leaves school to become a metal worker, whilst still playing with his school skiffle band “The Detours”, and recruits John Entwistle into the band. The following year, John’s friend Pete Townshend, a student at Ealing School of Art joins as guitarist. Roger becomes lead singer, and the band goes semi-pro, playing classic R&B and Rock & Roll around the London pubs, clubs and ballrooms.

In April 1964, following an impromptu audition at the Oldfield Hotel in Greenford, West London, Keith Moon, who had been drumming for the past year in local Wembley group, Clyde Burns & The Beachcombers, joins the band, completing the classic line up of The Who. The band adopts the “Who” name, but temporarily changes to the High Numbers. Fontana Records sign them, and they release “I’m the Face/ Zuit Suit” – by now attracting a loyal following amongst the growing London “Mod” contingency. The group audition for EMI Records at London’s Abbey Road Studios. They are managed by Kit Lambert and Chris Stamp, who sign with independent producer Shel Talmy’s recording company, Orbit Music.

In November 1964, the High Numbers become The Who again and the group starts a 16-week residency at London’s Marquee Club. The shows soon become sell-outs, but the equipment-smashing takes its toll on the group’s finances! 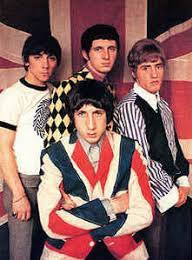 The Who’s first single, like those that follow, is a Pete Townshend composition “I Can’t Explain”, released in January 1965. The unknown band get no plays on the BBC Light Programme, but the song is promoted extensively over the popular radio ships, Radio London and Radio Caroline. This leads to an appearance on ITV’s “Ready Steady GO”, and the record takes off, peaking at no 8 in the charts in April 1965.

In 1967, the Who achieve substantial recognition in the USA, and play the Monterey Pop Festival. Later in the year, they release an iconic album “The Who Sell Out”, presented in the form of a radio programme, featuring commercials sung by the band, and jingles from Radio London and other pirate stations, which had recently been outlawed by the British Government. Tracks from the album were not played on the fledgling Radio 1 due to its commercial content, other than the spin off single “I Can See For Miles” 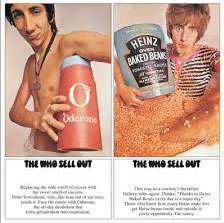 Controversial album from 1967, re-released this year

The Who Sell Out : Super Deluxe Edition and more! - The Who

1969 sees The Who play the iconic Woodstock festival, and is the year of Townshend’s celebrated rock opera “Tommy” which gets rave reviews, and produces a memorable single “Pinball Wizard”, later covered by Elton John.. 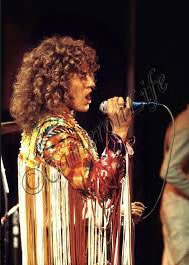 Roger Daltrey in the “Tommy” era

The 70s open with a memorable performance at the Isle of Wight Festival, and the hits keep coming through the decade with more memorable singles and albums, feeding from the prolific songwriting abilities of Pete Townshend. Sadly in 1978, Keith Moon dies following an accidental drug overdose, thus abruptly ending the original Who line up. John Entwistle dies from a heart attack, said to be brought on by excessive cocaine use, in a Las Vegas hotel bedroom in 2002.

Since then, the two stalwart members Daltrey and Townshend have kept The Who going, with multiple new musicians, orchestras, and and an amazing sound. It’s a great story, now entering its 7th decade, and we’re delighted to have The Who as our hourly feature on this year’s Steam Fair FM. Listen out for all the tracks you remember, and as always, some that you may not! 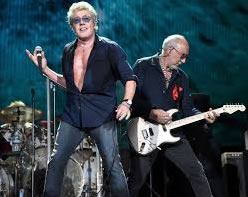